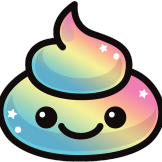 Welcome to Ivalice! This isn't the same Ivalice you may have remembered from Vanilla FFT.  So forget *almost* everything you thought you knew.  Many changes have been made, not only to the battles themselves, but to the mechanics of the game.
Human population has been mysteriously dying out, and monsters have taken over.  You can no longer hire human units, but you can recruit monsters for free in random battles.  Monsters are now dangerous - they are no longer the pathetic counter bots of vanilla.  Every monster has a minimum of 4 skills, and several have far more than that.  Monsters also now have greatly improved innates, including several r/s/m abilities, innate status, status/elemental resistances, etc.
Due to several changes in the mod, it's a lot tougher than vanilla FFT.  Most notable changes that lead to its new difficulty are the improved monsters and enemy formations in general, the enemy scaling to the party level, and shenanigans in general.  If this is your first time playing a FFT mod, don't give up! It can be tough to learn at first because it's something you're not used to.  Encounters have been balanced to help break bad habits taught from vanilla.  If you're a vet from another mod/vanilla challenge runs, the AI hasn't been changed so you can still abuse it in many of the same ways.

The #1 advice I can give any player starting out on the mod is to tooltips everything.  (Press the help button over anything you want to tooltips) Literally, everything that is possible to be tooltipped (with the exception of skillset names which I'm not too sure what to put there except maybe flavor text later) now has a tooltips that tells you what you need to know. All moves have relevant flags listed. All items list the item's effect. Class/monster names list innates and where you can get them if they're recruitable. All tooltips that were wrong in vanilla have been corrected (including zodiac signs and things no longer relevant to the game). Named characters have a quote - some drop hints, while some aren't exactly serious... Many of these flags/effects/innates have been changed from vanilla so when in doubt, check the tooltips. If you see any inconsistencies in what is written on a tooltips and what something's actual effect is, let me know immediately!

The #2 advice I can give any player starting out is to pay attention to everything.  Things that you might have not paid attention to before, such as the CT bar, how many turns an attack takes to charge, status weaknesses, etc. become relevant in the game.   Paying deep attention to stuff like how reflect and silence affects the AI, which units have a way to revive, CT on just about anything, etc. will help you learn both the AI and the basic mechanics of the game faster.

1. New R/s/m abilities:  Contrary (reverses stat changes and character's use of Faith/Innocent), RNG Guard (character is immune to critical hits and non-100% procs), Sacred Boost (doubles effect of healing moves and protect/shell done to the character), Soul Crush (all damage dealing moves will also damage MP by 1/2 of damage dealt), Wallchange (unit is weak to and strengthens the element corresponding to the panel it is standing on, nulls all other elements).  Full descriptions of these are in the FAQ.

2.  In order to make some of the new r/s/m work, coding on some formulas/other abilities have changed.  Most notable changes are to Finger Guard and its interaction with other abilities such as Warp Touch, this change was necessary to make Contrary stack correctly with Finger Guard; and the changes to Geomancy code which were necessary to make Wallchange work.  These are mostly just under the hood, but you might notice some slight differences (such as a Finger Guard unit only being immune to stat changes and not just Warp Touch in general).

3.  HUGE enemy rewrite.  The purpose of special enemies is for enemy variety, not necessarily to say "fuck you" to the player, and the changes done to enemies are to reflect this.  For example, most enemies are now consistent with the 100/50/20 defenses on 6/7/8 speed units and non-boss scaled units are frequently given speed tiers/defenses consistent with this (such as 0 defenses and even less HP being common to 9+ speed enemies).  Since several of the enemies in the game were designed at a time when I only had about 30 viable/interesting r/s/m, and I now have over 100, many enemies were rewritten to make use of the new abilities.  A couple bosses were rewritten to make use of new abilities as well.

To see this change, you must restart from the beginning or edit your save to have the correct new values for HP and MP.  Armors now grant damage reduction in place of HP/MP.  Hats now grant fractional HP/MP based off of the naked stat.  For example, a unit with 100 base HP equipping an item that gives a 20% HP bonus will now have 120 HP. These values can be negative, this is done as a drawback to more powerful effects.  A unit with 100 base HP that equips something that grants -10% hp will have 90 HP, and a unit with -10% DR-P will take 10% more damage from physical attacks.  These changes mean that items no longer directly outclass each other as a result of game progression.  The new trend is that early items are simpler (such as granting 20% HP/MP), while later items are more complex (such as granting immunity to a few statuses, PA+2, MA+1, HP -10%, MP+25%).  These attributes stack with anything granted innately and other items.  Like with weapons, do not trust the preview display (I haven't yet figured out how to disable these), only the tooltips and what you see when you've equipped the item as opposed to previewing it.