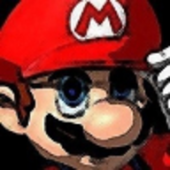 Super Mario RPG: Armegeddon is a difficulty and content mod for Super Mario RPG.  It rebalances the entire game and adds a lot more post-game content, such as more FF bosses, two boss rushes, and even some special guests!

More recent versions include both an easy (aka "Content") and hard mode.
- If you're new to SMRPG or just want to see all the new content, choose the easy version!
- If you're a veteran looking for the full Armageddon experience, suffer through the hard version!
It is not recommended to try to switch between versions in the middle.

Note: It is highly recommended to start with the v9.1 beta, either easy or hard mode.  The improvements greatly outweigh the bugs!

Patches should only be applied to a legally obtained 1999 US version of the ROM.  Compatible with SNES9x 1.53+.

Note that because this is only a beta, there are still some bugs and balance issues (bosses being too easy), but this is still recommended for first time players over v9.

v9.1b was included as an "alpha" in the previous drop, but after further consideration, it is once again being classified as a beta and put at the front of the zip.  The next and final major version will be v10!